Book your hotel in Figari.

Book your rental car in Figari.

Sparkling coasts for sunbathing, jagged peaks and hilltop villages for hiking... Authentic and preserved, southern Corsica lends itself to every desire, just one hour's flight from Montpellier.

Up to 2 flights a week

Not a land of seafarers, but a heathland of shepherds... Not an island, but a mountain set on the waves... You need to keep this in mind before stepping onto the soil of the Isle of Beauty, whose inhabitants have long deserted the coasts to escape the plunderers arriving from the sea. Today, they have reclaimed the coastline and enhanced the land. With 1,000 kilometres of coastline and more than 200 peaks of over 2,000 metres, Corsica lends itself to every kind of adventure, from diving to hiking. With, as a bonus, the warmth of the Corsican people, always ready to share their traditions... This diversity makes up all the richness of the south of the island, which can be reached from the small airport at Figari. By car!

A little road clings to the rocky hills, covered with arbutus and myrtle trees. Suddenly, at a bend in the road, it is there, sparkling in the light: a ribbon of white sand framed by umbrella pines, twisting with joy, ochre-coloured rocks that are ablaze at sunset, and a sea in every shade of  blue. It may be the star of the region, but Palombaggia beach still has to share the glory with other stars. From Porto-Vecchio to Bonifacio, from cloudy bays to clear gulfs, the eastern coast is home to some of the most beautiful beaches in Corsica. Their crystal-clear, shallow waters are a delight for families and water sports enthusiasts. Like Santa Guilia, whose gently curving granite rocks are reminiscent of the Seychelles; or Rondinara, as famous for its circular shape as for the cows that sometimes come to sunbathe on the sand in the midst of the holidaymakers!

In the very south of the island, Bonifacio prefers to be in between! Between two cultures, because the little town looks out towards Sardinia, whose coasts can be seen on a clear day. It’s no surprise that French and Italian fragrances blend so harmoniously here! Between fragility and strength too... Built on cliffs composed of a thousand layers that radiate the landscape with their whiteness, Bonifacio has resisted the assaults of the elements for centuries; a miracle!  Entering through Genoa gate, you’re surprised to discover a powerful city whose tall houses are tightly packed. Laundry dries in the narrow streets, where people enjoy the cool air when it gets too hot...

When the heat is too stifling, you can also go to the Alta Rocca region ("high rocks"). It is aptly named, with the jagged peaks of Bavella on the horizon, culminating at 1800 m. Everywhere, paths feed up to the summits. With a rucksack on your back, you enter the heart of cool forests of pines, holm oaks and hundred-year-old chestnut trees. They conceal babbling torrents, cool waterfalls (for example that of Piscia di Gallu) and solitary lakes. And sometimes, at a bend in the road, a herd of goats! It is in these mountains that Corsica reveals its true soul; even more so when it comes to restoring your energy on the terraces of suspended villages, such as Levie, Zonza or Conca, starting point of the famous GR20 hiking trail. No doubt about it: Corsica is the most beautiful "holiday nature reserve"!

Best places to visit in Figari and in the area

Unusual things to do in Figari and in the area

Useful links for your trip to Figari

From May to October Tuesday - Thursday - Saturday - Sunday Discover

From May to October Wednesday - Saturday - Sunday Discover 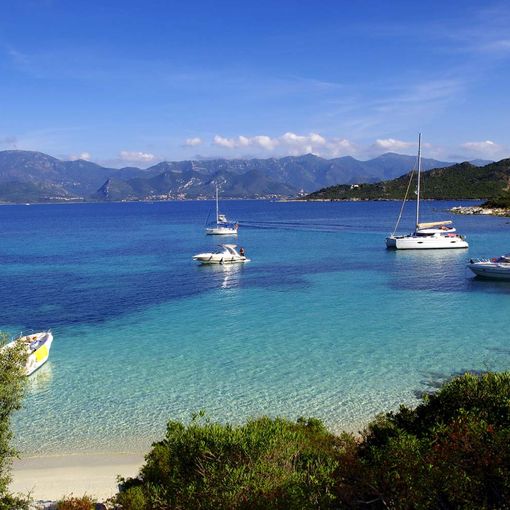 From May to October Tuesday - Thursday - Saturday - Sunday Discover 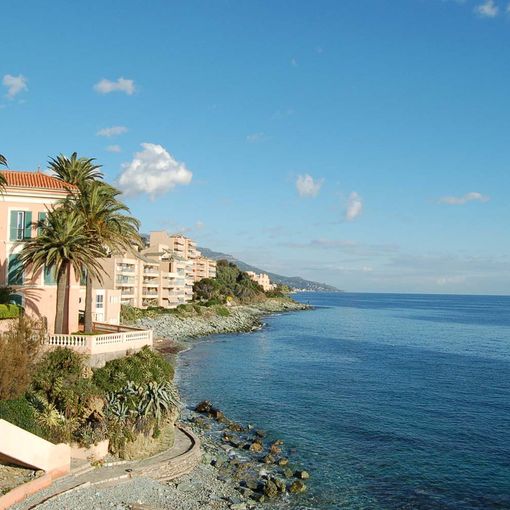