Your flight at the best price

Modernization of the airport's drop-off area

The metamorphosis of Montpellier Méditerranée Airport (MMA) is entering its final phase. Thus, from next spring, the airport platform as a whole will have a completely new look and greatly improved facilities. To this end, several projects will be launched.

As of January 11, 2019, work is scheduled to modernize and expand the airport's drop-off area. This will lead to the permanent closure of the current PRM car park. MMA management has made every effort to ensure that future solutions do not cause any discomfort, particularly in terms of distance or travel time between the parking areas and terminal entrances. Consequently, as from the 11th of January, disabled and/or reduced mobility passengers are invited to park on the PRM spaces located in the other car parks:

Regardless of the car park chosen, it should be noted that PRM spaces are the closest to the departure or arrival halls. From now on, remember to obtain the necessary information before parking at Montpellier Méditerranée Airport.

A general overhaul of accessibility and parking

In the aim of offering an ever more efficient service to its customers, Montpellier Méditerranée Airport has launched a vast modernization plan for its car parks, offering more than 3000 spaces. In recent years, photovoltaic shelters have been installed, protecting vehicles from the elements while producing clean electricity. At the end of 2015, it was in Montpellier that the largest photovoltaic power plant was inaugurated at a French airport.

Gradually, the number of spaces has been increased and the equipment modernized. In the summer of 2017, the floor surface was redone, signage improved and the parking spaces in car parks P2 and P3 were completely restructured, according to high aesthetic standards, resulting in the creation of a single P2 car park.

In April 2018, the P6 100% Web car park was opened, available for online bookings only,guaranteeing a parking space at the best price. The reclassification of the pathways running alongside the terminals and the drop-off area (with the addition of 27 very short-term parking spaces) will be operational in spring 2019, at the same time as the new terminal building. Montpellier Méditerranée Airport will be given a brand new look and will be ready to embark on a new phase of strong growth while maintaining the advantages of a human scale. 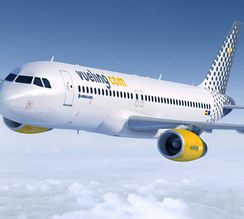 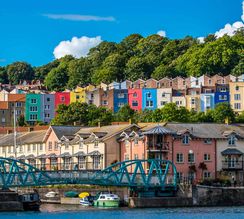