Book your hotel in ORAN.

Book your rental car in ORAN.

, the beautiful, the radiant, the nostalgic

Nestling on a hillside overlooking the Mediterranean Sea, Oran is a lively, welcoming and hospitable city where traditions have travelled down through centuries.

Oran, the second largest city of Algeria, has succeeded in preserving its identity and traditions despite the succession of invaders who have marked out its history.

Founded in 902 by Muslims from Andalusia, it was occupied by the Almohads followed by the Zayyanids, to whom the city owes its famous Sidi El Houari mosque. The port was already very prosperous at the time, as Oran had trade relations with numerous countries in the Mediterranean. Oran then fell into Spanish hands for 3 centuries, and has preserved some historical remains of this period: Santa Cruz Fort, the Spanish garrison, the walls of the Kasbah, Mers El Kebir Fort, the Spanish Gate and other monuments dotted around the city.

A dynamic port city, Oran drops down to the sea to form an amphitheatre, straddling hills and magnificent landscapes, and looks out onto one of the loveliest bays in the world. So if you take the time to stroll around the sloping streets of the old town, you will discover its soul. Wander through the Kasbah, enjoy the relaxed pace of life in this region of Algeria, the welcome and spontaneity reserved for travellers by the people of Oran. You can also go further on to the port of Mers El Kebir, with its welcoming beaches.

In Oran life goes on in the streets, in the almost constant activity of its main streets and at cultural gatherings. It is a city where culture has developed considerably, and is recognized today as the world capital of Raï music, blending tradition and modernity.

Best places to visit in Oran

Useful links for your trip to Oran 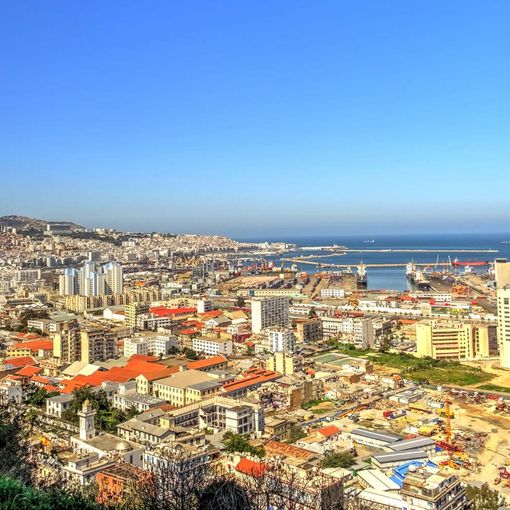