Book your hotel in TUNIS.

Book your rental car in TUNIS.

, an Arab capital with Mediterranean accents

The Tunisian city seduces you with its cultural mix and ancestral medina. To be combined with the nearby archaeological site of Carthage and the picturesque village of Sidi-Bou-Saïd.

At the crossroads of the trade routes between the Mediterranean and sub-Saharan Africa, Tunis has always been coveted. From the Phoenicians to the Moors, from the Ottomans to the French, many have fought to take over the city, which is certainly one of the most endearing in North Africa. After the Arab Spring of 2011 and the upheavals that followed, the capital has regained serenity and is once again full of visitors. So much the better! Getting lost there for a few days before going on to the Mediterranean seaside resorts is like touching a culture that is more than two thousand years old.

You reach the heart of Tunis via Avenue Habib-Bourguiba, the backbone of the colonial district inherited from the French protectorate from 1881 to 1955. In the cool shade of the tree-lined avenue, the stroll to discover its architectural treasures is charming in itself: the municipal theatre or the Carlton Hotel with its art-deco features, the Cathedral of Saint Vincent de Paul with its eclectic style or the French Embassy. On a café terrace, the spectacle is enhanced with a slice of life. In suits, jeans or djellaba, for work or out for a walk, the inhabitants seem to intermingle in a joyful melting pot.

You could sit there enjoying the sun for hours, slowing down the pace in tune with the local nonchalance, were it not for the call of the neighbouring medina. You enter through the gates in the ramparts. Opening onto the aptly named Place de la Victoire, the Bab El-Bahr (or French gate) is the best-known. On the other side, we are in another timescale, another world which seems impervious to progress. Even if the sound of smartphones brings us back to the 21st century!

Built by the Arabs 1300 years ago, the medina dazzles with the whiteness of its houses and the maze of narrow streets and covered passageways. It is best to wander around freely. Mosques, Koranic schools (Madrasas) and mausoleums add to the atmosphere. Not forgetting the doors richly decorated with metal studs and tracery, which one imagines hide fine dwellings (dars) with verdant patios and cool fountains. UNESCO made no mistake when inscribing it on the World Heritage List.

The spectacle is everywhere, calm in the winding alleys, lively in the contagious fervour of the souks. Forget Jamaa-ez-Zitouna street and its tourist shops. If you dare to lose your way, you'll find a cheerful bazaar, much better organized than you might expect. This is the goldsmiths' souk, Ali Baba's real cave; further on, the silk and wool souk with its multi-coloured skeins drying in garlands, and then the perfumers' souk with its sweet oriental voluptuousness... And whatever the decor, bargaining is a must!

To take a breather, you have to climb up a level. Here and there, cafés and restaurants open onto terraces. You can enjoy a mint tea or freshly squeezed orange juice while overlooking the flat roofs that stretch into the distance, with rich palaces and mosques rising up here and there. Non-Muslims are not allowed to enter. But there are minarets where you can take in the view, starting with that of the Great Mosque tiled with colourful ceramics. And the Mediterranean with its port La Goulette, from where the ferries sail for France, over the horizon...

Best places to visit in Tunis

Unusual things to do in Tunis

Useful links for your trip to Tunis

From May to October Monday - Friday Discover 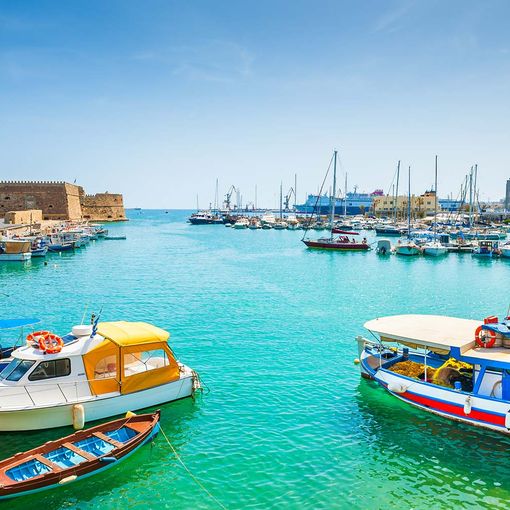 From May to October Monday - Friday Discover 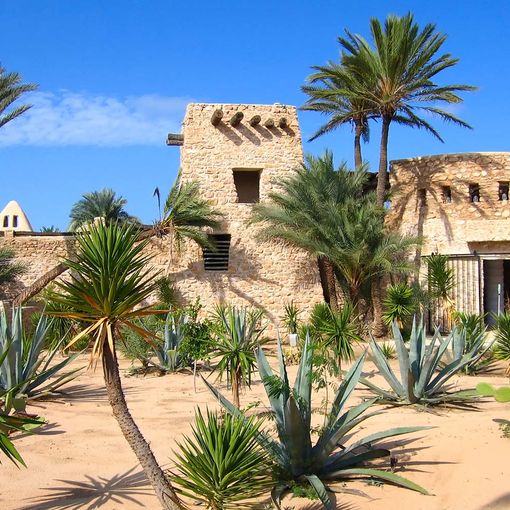 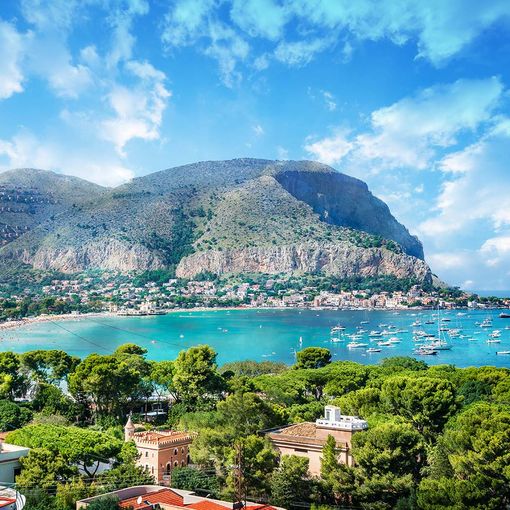